The 8,500m2 arena was designed to house the international standard 250m timber track, imported from Germany. Intensive monitoring of the building specifications and full 3D CAD modelling of the structural set out assisted the contractor to install the track exactly as specified in a very short space of time.

German track expert and Olympic Games cycle track designer, Ralph Schuermann commented that the building was one of the most accurately constructed buildings he had designed a track for, which reduced the installation time from the normal 8-12 weeks to little over 4 weeks.

The building, which is an extension of Stadium Southland, now houses the national offices of Cycling New Zealand and Cycling Southland, as well as numerous other sports.

In the centre of the cycling track, the velodrome accommodates four covered netball courts that can also be used for tennis, basketball, volleyball, hockey and soccer.

It was originally envisaged as a basic ‘shed’ but the Engenium team designed additional floor space, created architectural form, installed additional features such as wrap around bleacher seating, insulation to walls and roof and designed a durable concrete base structure for the same budget allowance. 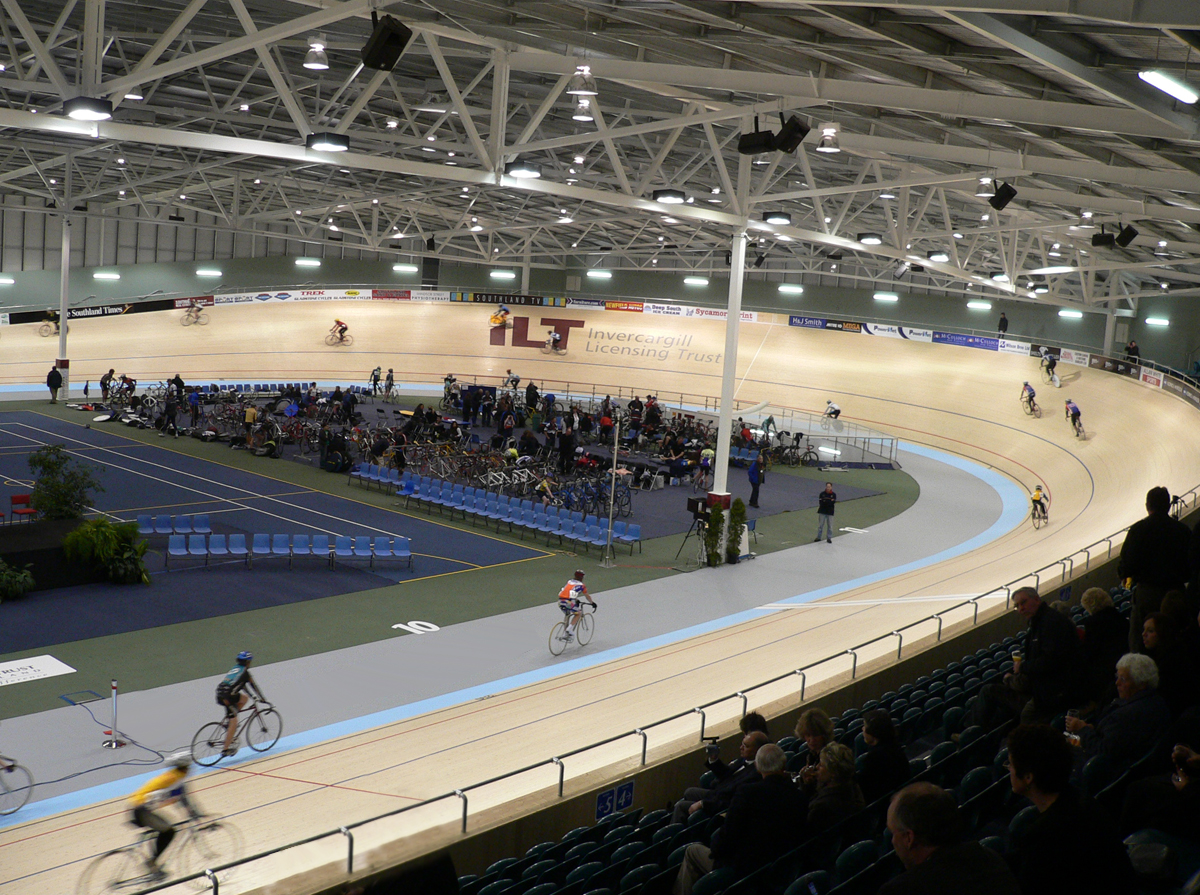 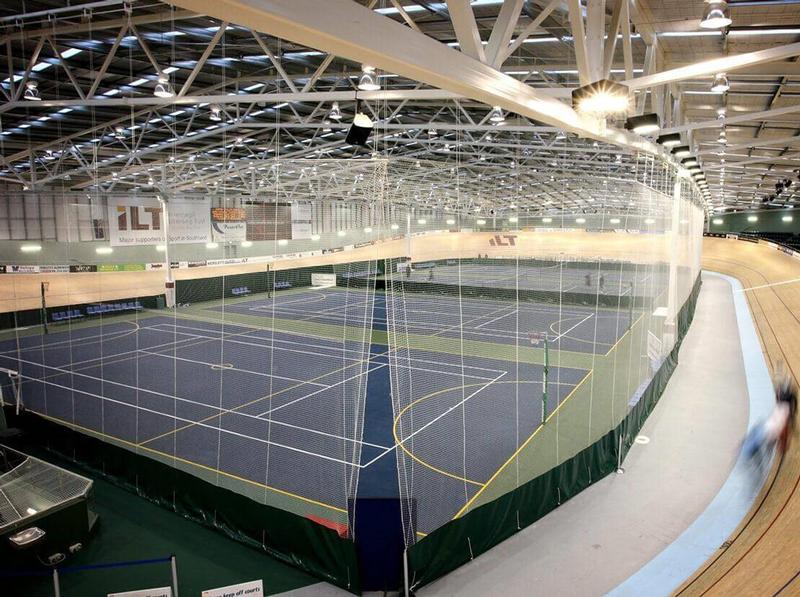 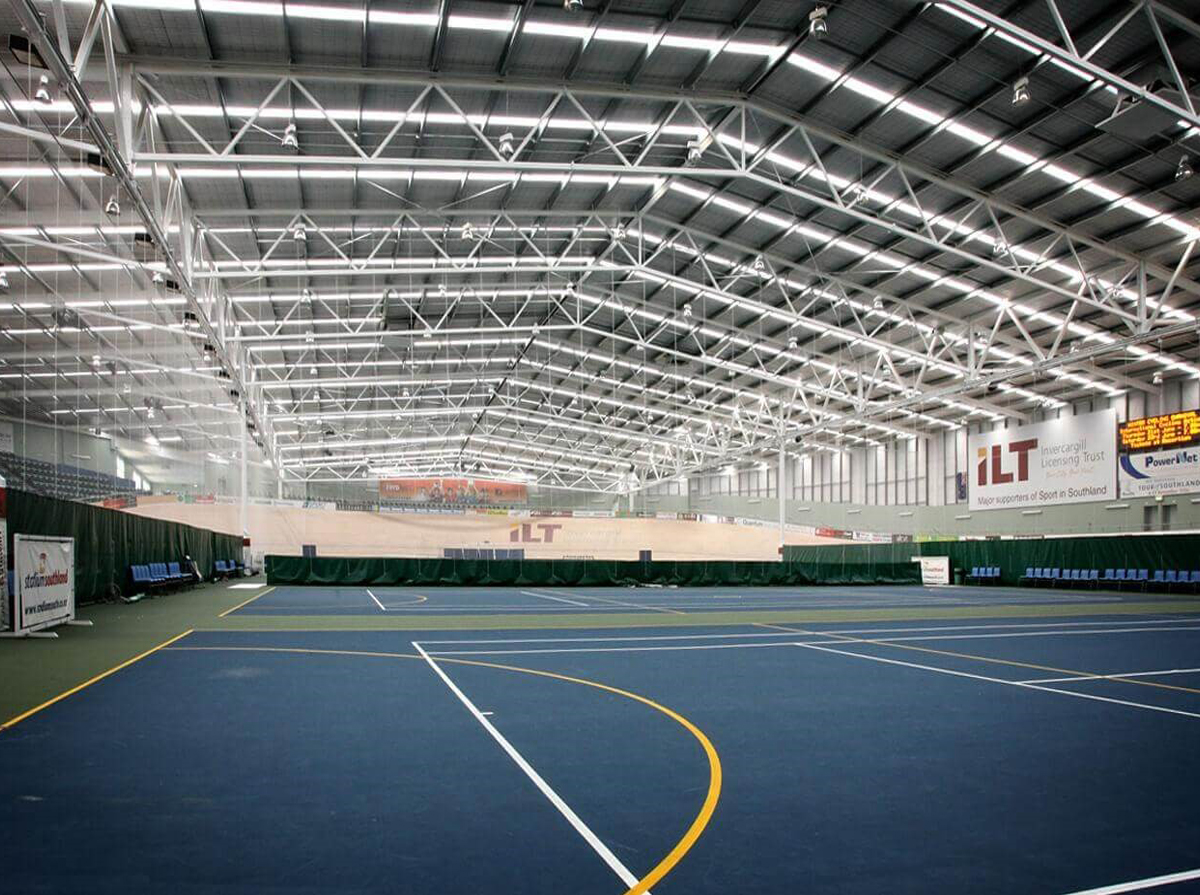 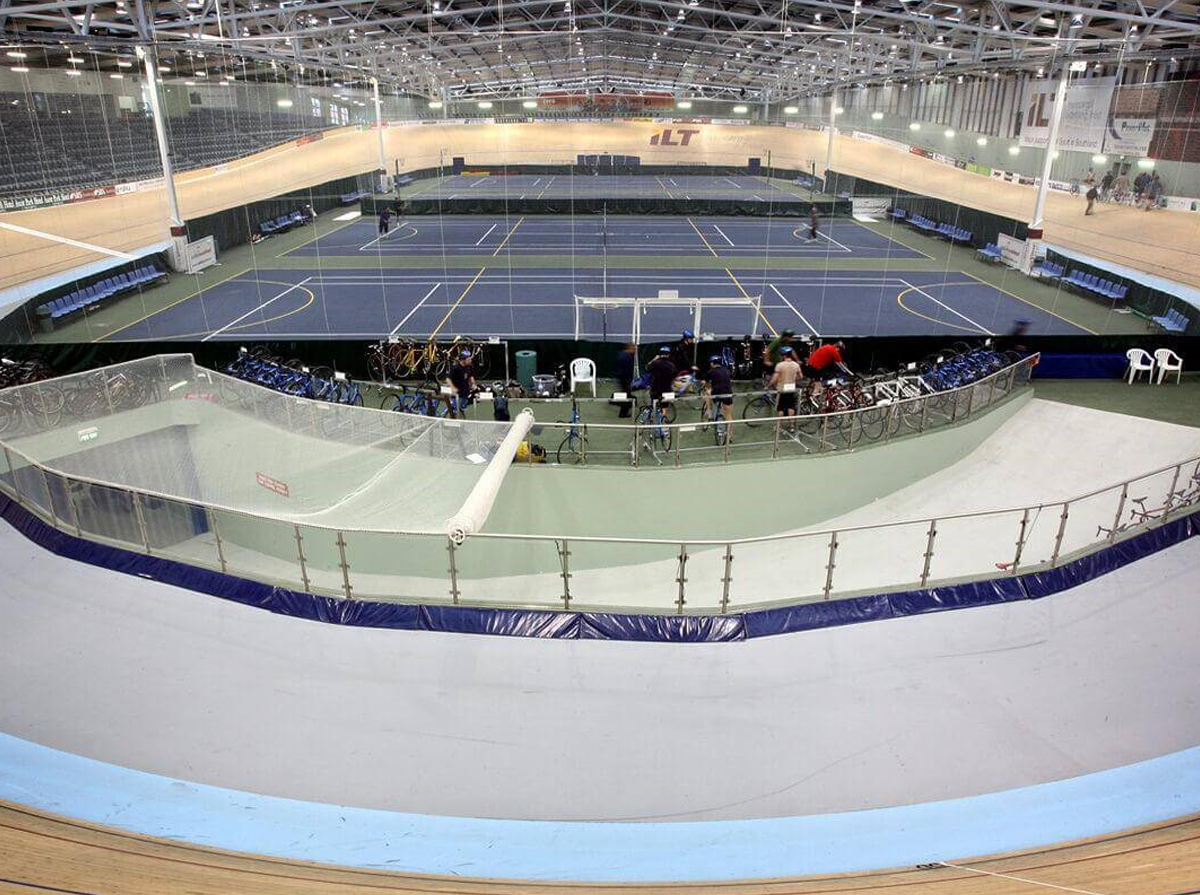 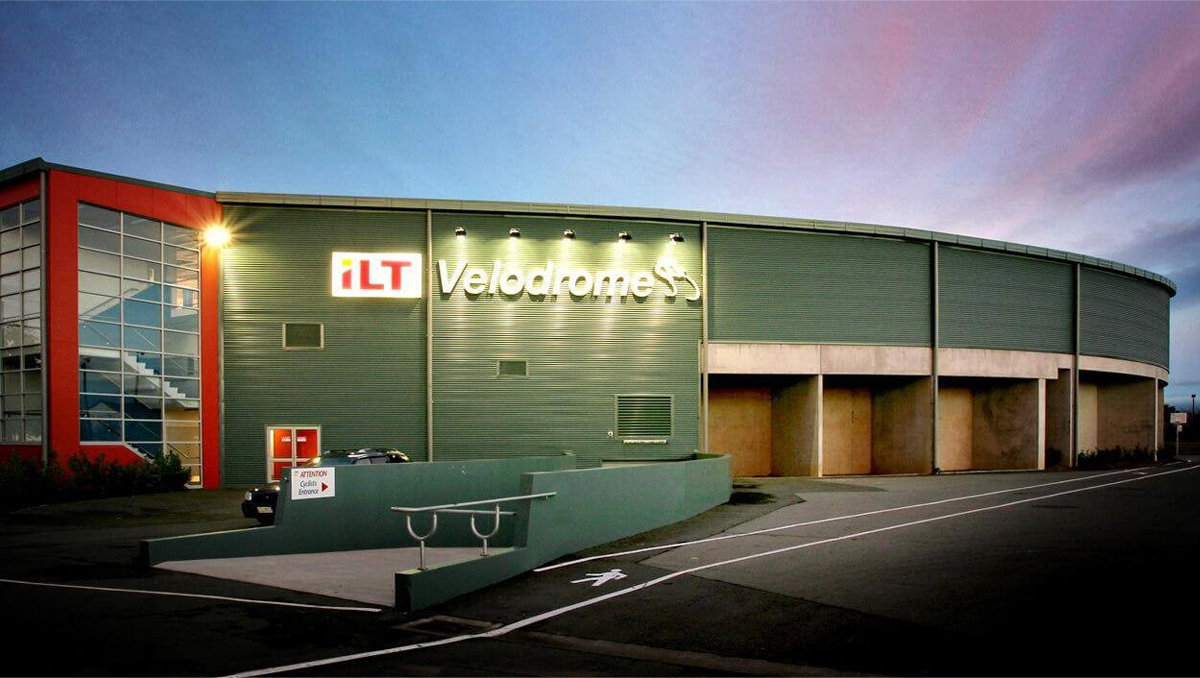 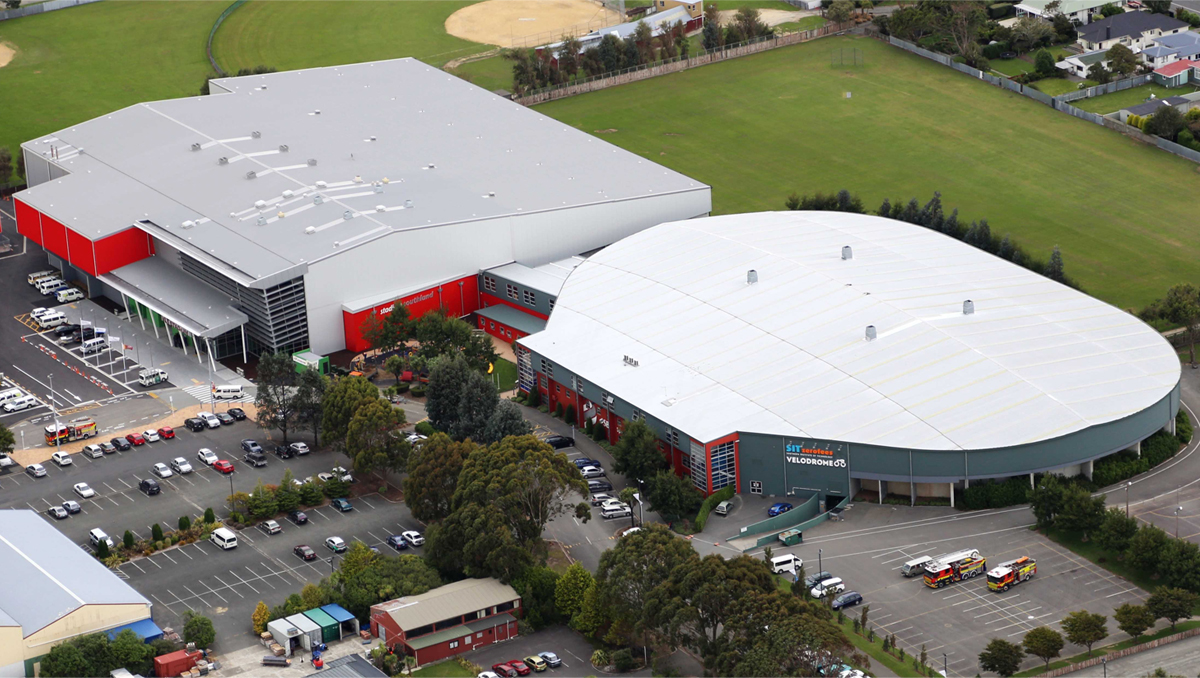